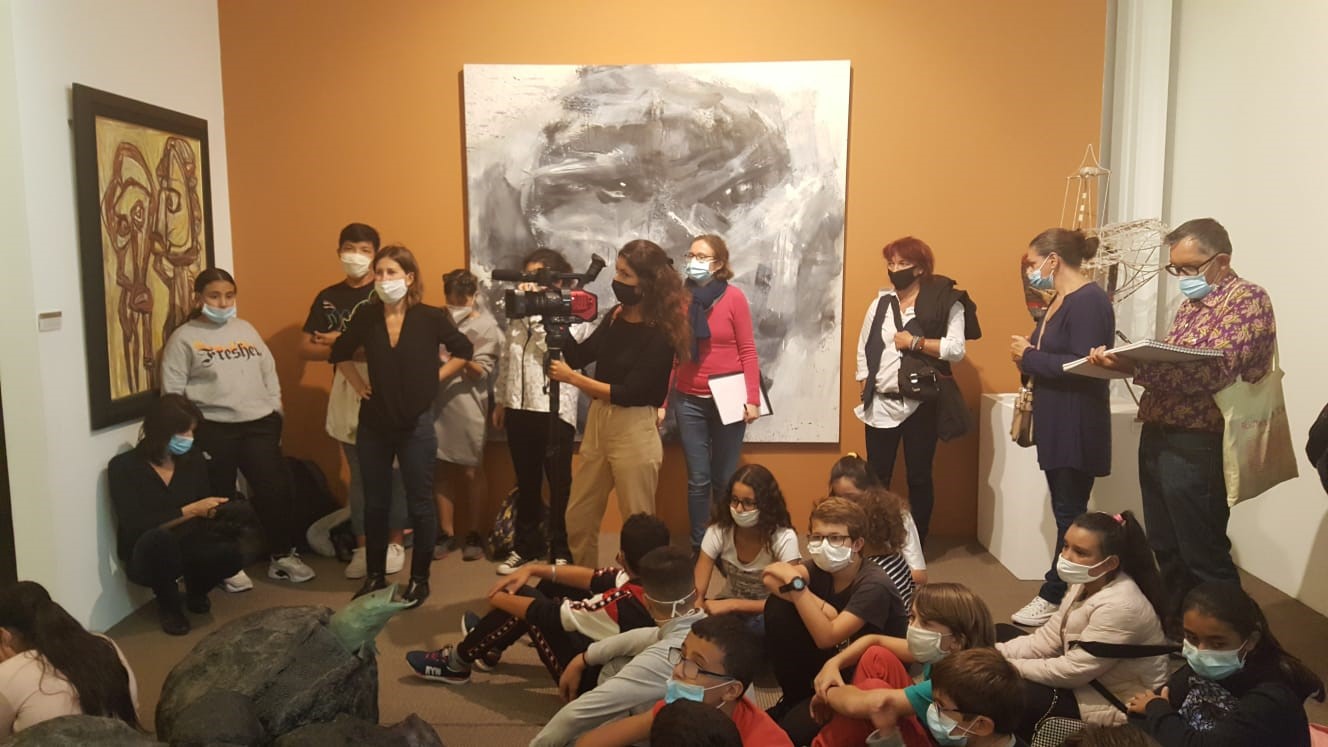 Plurilingual classes at a museum: a pilot multidimensional experience

Throughout this educational project piloted by two primary and secondary school teachers, a group of plurilingual pupils carried out learning activities that culminated in a guided tour at the Paul Valéry Museum in the city of Sète, France, where the pupils played the role of plurilingual museum guides for their classmates, parents, teachers, artists and media.

It all started with ideas of a project on linguistically sensitive teaching around the following pedagogical objectives:

The two teachers piloted the educational project entirely, in consultation with the researchers in an action-research approach; it mobilised 40 pupils from primary and secondary schools, more specifically from a 5th grade mainstream class on the one hand, and a special class for newly arrived allophone pupils on the other hand. 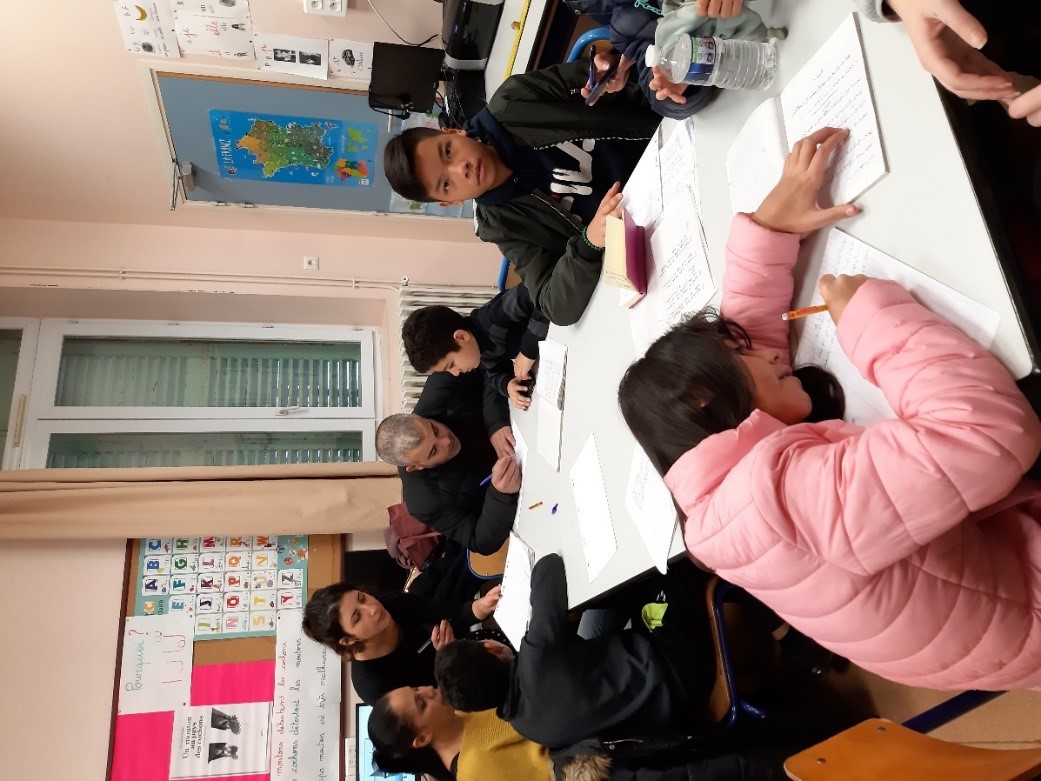 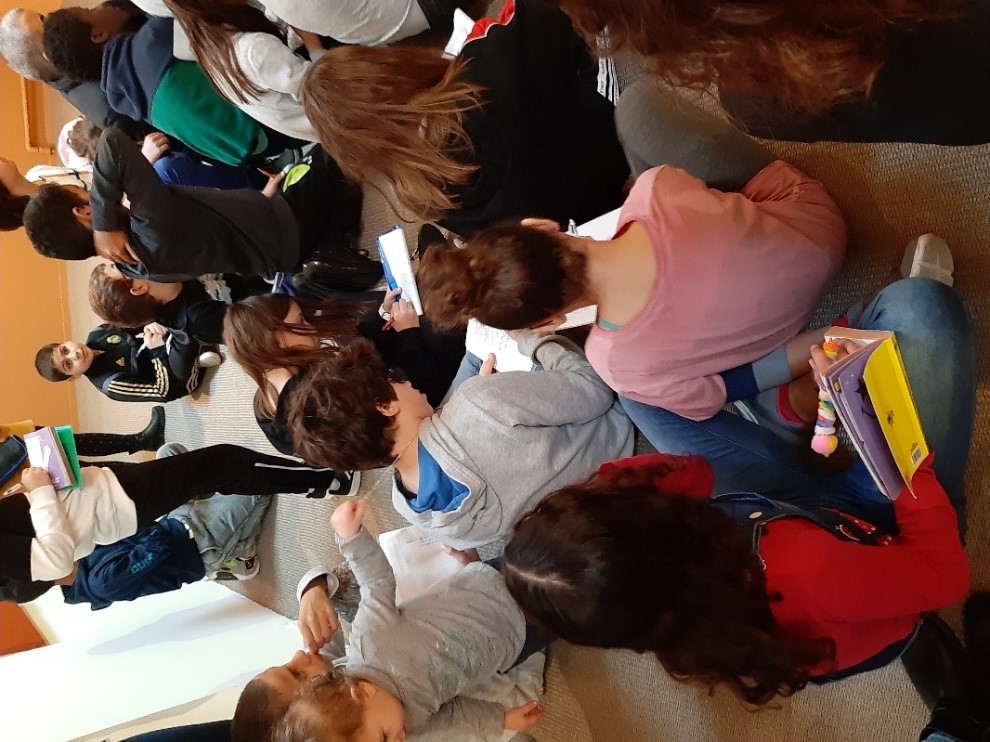 The pupils made five to six visits per class to the museum, staring in January 2020. The groups left the schools in pleasant convoys, to discover and choose among the thirty or so paintings, particularly those representing the city of Sète. Other visits followed, this time in the company of their parents who joined the convoys at the invitation of the teachers. During these visits, the pupils listened to and took notes on the explanations of the cultural mediator of the museum, which allowed them to situate the artworks in their art history context.

Back in the classroom, the pupils worked on presentations, descriptive texts and simple analyses in the language of schooling and in their (or one of their) home language(s): Albanian, Mandarin, standard or dialect Arabic (Moroccan, Syrian), English, Spanish, Italian, Turkish, Vietnamese, Wolof. The parents were invited to participate as language experts. The teachers guided the pupils in their work, with the attentive help of the parents and the valuable contribution of three Master’s internees who themselves were plurilingual. The pupils were encouraged to continue their editing in the family space where they continued their linguistic enquiry with their relatives, contributing to some renewed emotional ties with separated parents.

Finally, the D-day, 8 October 2020, arrived. The pupils were able to play the role of plurilingual guides at the Paul Valéry Museum, presenting eight paintings in seven different languages (Albanian, Italien, Mandarin, Vietnamese, Arabic, Spanish and English) to newly arrived pupils, classmates, parents, teachers, directors, researchers, trainees and, to their surprise, two artists from Sète who had actually created two of the studied paintings. The event was filmed by the team from the university and was covered by a local media.

The written material in French and in the home languages, as well as the oral production of the presentations and analyses of the paintings in front of an audience, required numerous repetitions and improvements. All of this work was important for the development of skills in language, terminology, genre, etc. The productions have been included in the booklet ‘Follow the Guide: Our Visit to the Paul Valéry Museum in the Languages of Our Class’. 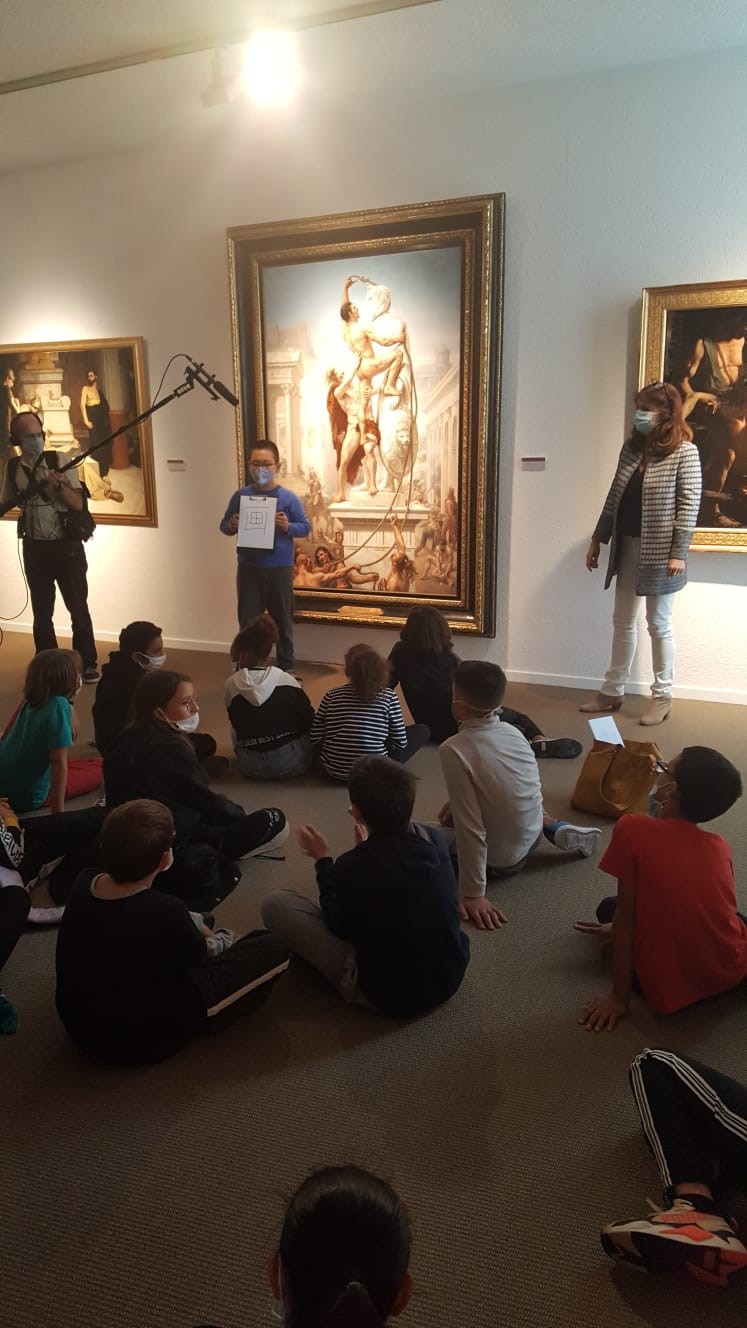 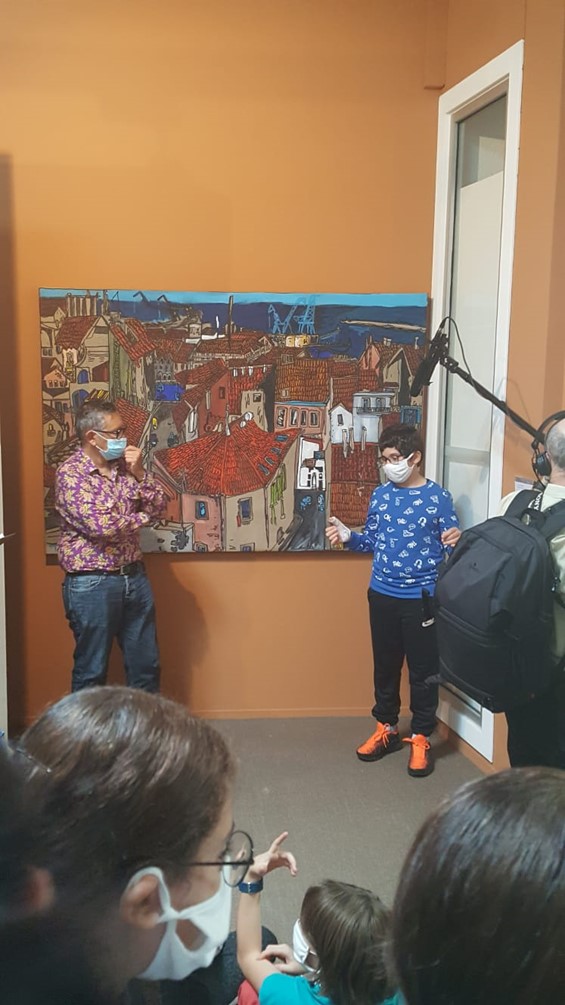 The feedback has been very positive. The pupils felt valued in this plurilingual work, and it made them aware of what they are capable of. The parents were enthusiastic about participating in the activities in their home languages, both in the museum and in the classroom, where they could intervene as expert guests. Both pupils and parents were thus doubly involved in the project: in a process of cultural discovery (in the sense of “cultivated culture”) in a museum (a place of a culture from which they may feel distant) and in an intercultural approach, as “mediators” in the presentations of the works studied by the children, in their home language.

This project also made many educational stakeholders, such as colleagues, directors, headmasters and educational advisers, aware of the multitude of languages present in schools and their asset for the school as linguistic heritage.

Finally, carried out as part of the Listiac project, it enabled educational actors to offer and to experience a pedagogical adventure with pupils, in which they engaged by using their linguistic resources to learn, communicate and achieve academic success – one of the reasons for the existence of Listiac.